Every other year at Chapman University, I teach a popular class called Financial Economics, where I identify the great financial economists who have made a contribution to the world of investing.

A Viennese Waltz Down Wall Street

We also study the contributions of Ludwig von Mises, Friedrich Hayek, Joseph Schmpeter, other members of the Austrian School of Economics and the Austrian theory of the business cycle. 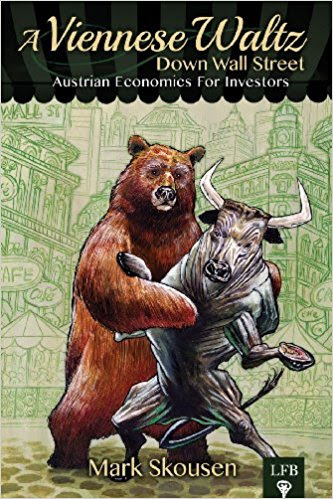 I’m a strong advocate of the Austrian school and believe, like Ken Fisher (see quote above), that the movements of the stock market are more like a dance. You have some freedom of movement within the rules of the dance, and some dancers are better than others. (See my book, “A Viennese Waltz Down Wall Street,” available for only $20 at www.skousenbooks.com).

At the beginning of class in late January, I started with a stock-picking contest, and each of the 44 students in my class chose one stock to beat the market during the 3.5 months of the course (February — May). I also entered the contest.

This was a tough semester for stock picking due to the treacherous March crash, so only 14 of the 44 students made money.

Of the 14 winning stocks, the ones chosen were:

The winner of the contest was a senior majoring in business administration/leadership. She chose a gold stock. Way to go!

You may be wondering what stock I selected. It was another gold stock, B2 Gold. It rose 38%.

Now you know why I’m the teacher! 🙂

Oh, by the way, one student did pick a more profitable stock, Teledoc, up 75%. But, it was chosen by throwing a dart at the stock tables in the Wall Street Journal!

Which just goes to show you that it’s better to be lucky than smart.

However, that is often not the case. I had all the students choose a stock by throwing a dart at the stock tables in the Wall Street Journal. It turned out that the dart throwers lost an average 18.7%, while the stocks chosen deliberately by the students averaged a loss of 10.8%. The random dart method was not as effective as intelligent design.

It should be pointed out, however, that the S&P 500 Index only fell 8.5% during this time. So, investing in an index fund was the best choice for most investors.

What Sector Will Outperform in 2020?

In my January prediction issue of Forecasts & Strategies, I started the year by warning investors about a “black swan” event and stated that one sector of the market is almost guaranteed to make money — precious metals! Indeed, I chose a gold stock when I entered the MoneyShow “Stock of the Year” contest (one that I have won a few times). My gold stock is now ahead 40% year to date.

The only other sector that has done well in these trying times is technology. Note that the winning stocks that were chosen by the students above were almost all technology stocks.

Technology and gold — those are the places to be in 2020.

Want to Get Away? This Is the Only Game in Town

I have exciting news for all of you who are dealing with the stay-at-home lockdown and health care crisis.

Even I came under enormous pressure to postpone my event, FreedomFest, until October, but I resisted.

Many organizations are now sponsoring online “virtual” conferences. But they can’t compare to the real thing — person-to-person events!

We Fought Back and Won!

We were determined to fight for our First Amendment rights to freedom of assembly and to resist the state’s overweening powers to lockdown society. Our efforts have paid off.

After lengthy efforts working with Caesars Entertainment in Las Vegas and government officials, I am pleased to announce that…

FreedomFest 2020 is on!! The dates are the same, but they have moved us over from the Paris Resort to… 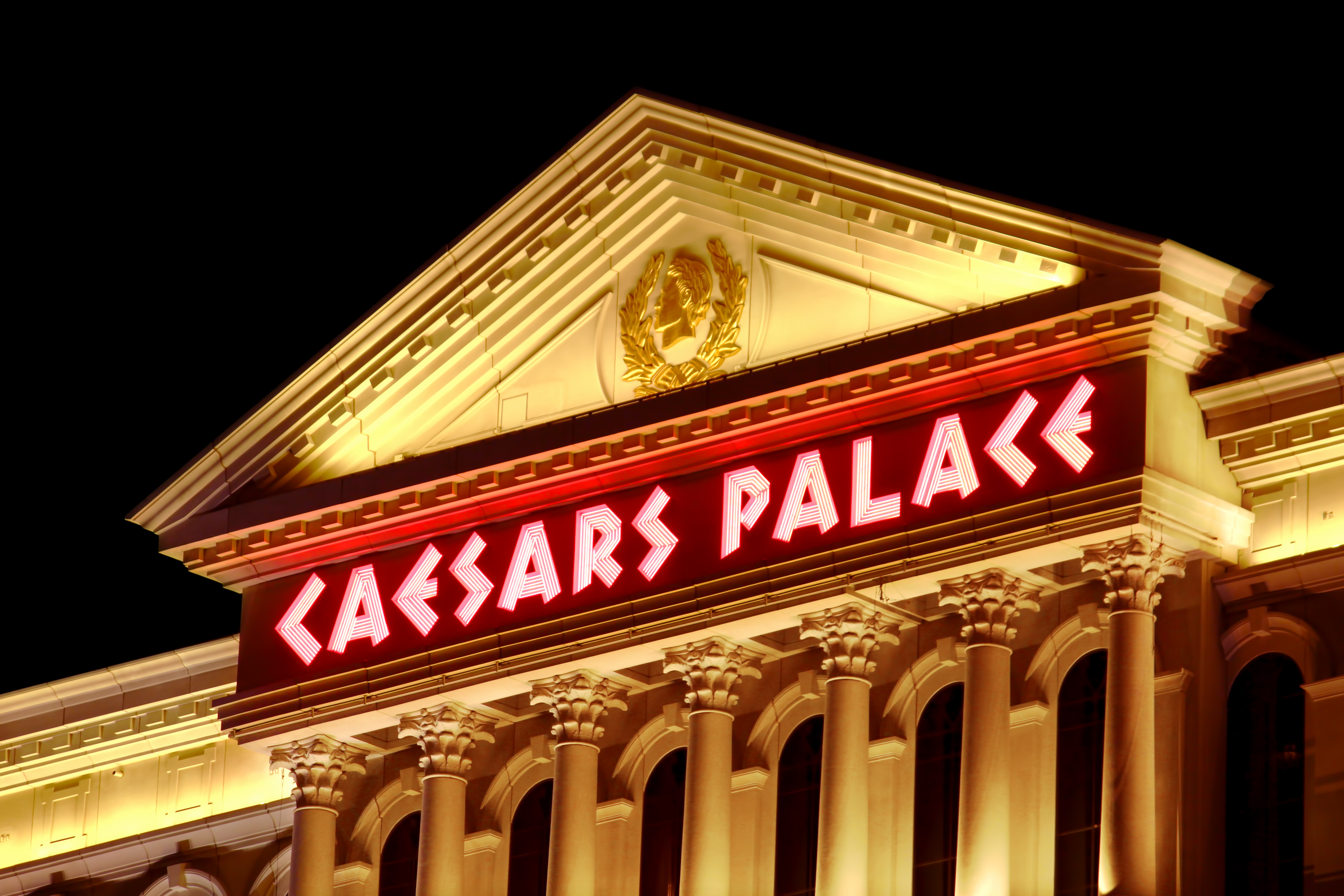 Caesars’ management said that they are excited to have FreedomFest as their first BIG conference after Vegas reopens. Thus, they plan on giving us and our attendees the red-carpet treatment.

Everyone who has a hotel reservation at Paris Resort will automatically be moved over to the five-star Caesars at no additional price increase. It also looks like all Vegas hotels are going back to free parking!!

We are super excited. We have the chance to be remembered as the first successful conference to resume after the COVID-19 shut down. We could become the model for going forward.

We think FreedomFest 2020 will be remembered as a HISTORIC event — the year we battled the novel coronavirus, the unprecedented global lockdown and the most polarizing and important political campaign since World War II. We are engaged in a great battle of ideas. Will America catch the vision of freedom or the virus of corruption? Years from now, will you be able to say, “I was there when the tide was turned?”

Of course, we are taking every precaution to make sure everyone is safe, including social distancing, washing hands and other steps. The hotel staff will be wearing masks, but it will be optional for hotel guests!

Caesars Palace is bringing out the red carpet for us because we took the risk of doing this year’s FreedomFest instead of postponing or canceling.

Many organizations have already signed up, including Reason, Club for Growth, Free the People, FEE, TurningPoint USA and various financial services. We are delighted that Hillsdale College will be joining us for the first time. Zilvinas Silenas, the new president of FEE, has stated that he is bringing a whole entourage, including his wife.

Plus, Salem Communications, which owns more than 100 radio stations in the United States… and Salem Eagle will also be celebrating the 40th anniversary of my investment newsletter, Forecasts & Strategies…

Tech guru George Gilder, who is 80 years old, is coming, and he told me, “I wouldn’t miss it!”

Fly there, drive there, bike there, be there!

In honor of this event, I am offering to my subscribers three free gifts who attends this year’s conference. They will receive (a) a 2020 American eagle silver dollar, (b) an autographed, numbered copy of “The Maxims of Wall Street,” and (c) the name of my favorite penny mining stock. Plus, there will be a special reception and photo opportunities with celebrities such as Steve Forbes, Alex Green and others.

My favorite penny stock is up 20% in the past week but has plenty of upside potential. It is still under a buck!

Jeff Phillips, president of Global Market Development and a venture capitalist in the mining business, firmly believes that this penny stock, among others, has an upside of 300% to 800% in this gold cycle. (He will be our special speaker on gold at FreedomFest.)

Because of its small market capitalization, I’m revealing the name and symbol of this penny stock only to subscribers who attend the 40th anniversary celebration of my newsletter at FreedomFest, July 13-16, in Vegas.

We are filling up fast. So far, 115 people have signed up, and attendance for this special event and reception (with Steve Forbes other celebrities) is limited to 200 subscribers.

The freedom movement is back! Think of it as a “coming out party” for all freedom lovers.

To paraphrase my ancestor Ben Franklin, “We must hang [out in Vegas], or we shall surely hang separately.”

Yours for peace, prosperity and liberty, AEIOU,

Exposing the Terrible Truth About the Economic Shutdown

Steve Hanke, professor of economics at the Johns Hopkins University, appeared on CNBC last week and told investors and the media that the collapse in the U.S. economy was much worse than what the gross domestic product (GDP) data show (down 4.8% in the first quarter).

You can watch his interview here.

The economy fell more than 4.8% because GDP leaves out the guts of the economy, the supply chain. As Professor Hanke points out, GDP ignores the stages-of-production process and measures only the final goods and services purchased by consumers, business and government.

Gross output (GO) is the key measure of total spending in the economy at all stages of production. It is more than twice the size of GDP. It includes the supply chain. I call it the “top line” in national income accounting. Meanwhile, I have described GDP as the bottom line.

First-quarter GO won’t be released until July, but I suspect the collapse in the supply chain will be similar to the collapse in GO in 2008-09, where it was four times greater than GDP. See figure 4 in my paper that I presented at the Mont Pelerin Society meetings a few years ago.

I am excited to announce that on September 30, 2020, the Bureau of Economic Analysis (BEA) will release GO and GDP at the same time for the first time ever! The data will cover second-quarter 2020, so they will be the first official measure of how deep the Great Suppression was. I call it G-Day. It’s a real breakthrough — economists have finally caught up with accounting and finance by releasing the top line (GO) and bottom line (GDP) of national income accounting at the same time, just as publicly traded companies release their top line (sales) and bottom line (profits) every quarter at the same time.

I hope to have a press conference/seminar on this singular event on Sept. 30, perhaps in Washington, D.C., or New York. Stay tuned.