Is a Financial Hurricane Coming?

“Inflation is probably the most important single factor in that vicious circle where one kind of government action makes more and more government control necessary.” — Friedrich Hayek

Wall Street veterans say September is the cruelest month, and it has certainly lived up to its reputation in 2022.

The bear market can clearly be laid at the foot of Fed Chairman Jay Powell, who has recently channeled the late Paul Volcker from the monetary heavens beyond, rushing pall mall from fighting recession in 2020-21 to fighting inflation in 2022.

Unfortunately, he is committing the same error as his predecessors — overzealous in stimulating inflation and compounding the error by tightening too fast.

Powell is like a sailor at sea without a rudder. Last week he played dumb: “We don’t know — no one knows — whether this process [rate hikes] will lead to a recession or, if so, how significant that recession will be.”

Economic statistics are showing a slowdown in the economy, if not a recession. Even though real gross domestic product (GDP) is slightly negative, second-quarter gross output (GO) — which measures total spending in the economy — grew by 1.7% in real terms. GO includes the supply chain, which is still catching up from the lockdown-induced shortages. (See my press release at www.grossoutput.com).

He’s also in denial about the basics of monetary policy. Milton Friedman famously said, “Inflation is everywhere and anywhere a monetary phenomenon.”

Powell’s reaction? “Monetary aggregates don’t play an important role in our formulation of policy. And we don’t think they are generally a good way to think about policy or inflation.”

So, it didn’t matter that the money supply rose 40% during the pandemic?

Washington, we have a problem! 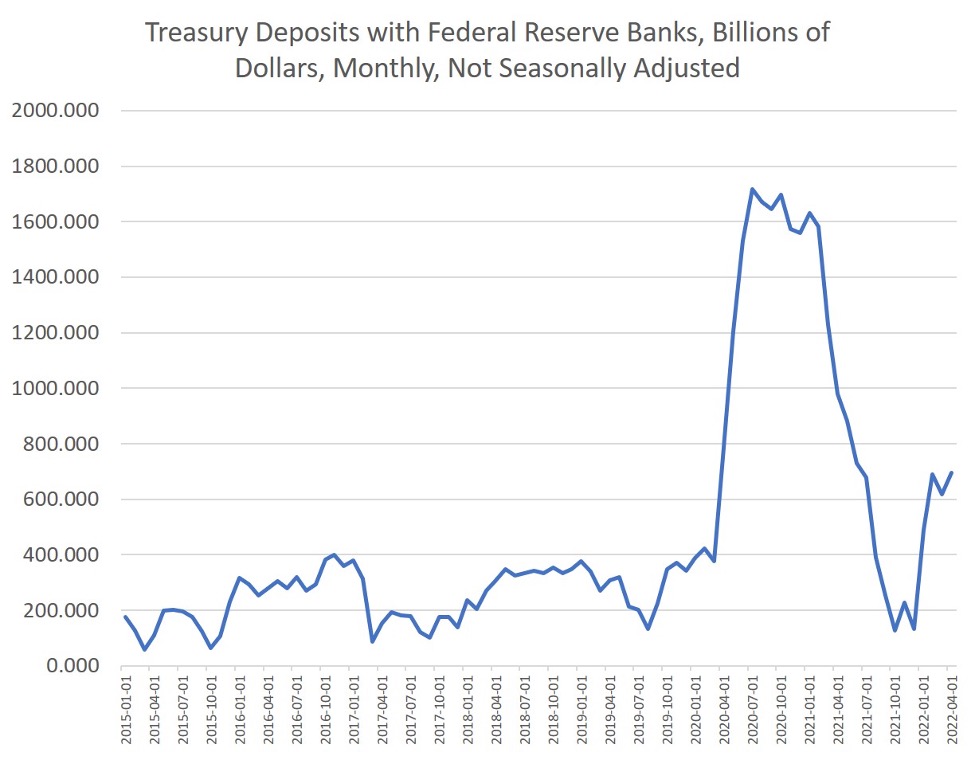 As economist Steve Hanke (Johns Hopkins University) says, “It’s clear that the Fed is flying blind and has no idea where it’s going.”

And that brings us to October, famous for stock market crashes. My greatest fear is that the strong dollar engineered by the Fed’s aggressive rate hikes will create an emerging market debt crisis, as it did in Mexico in 1982.

I see where this week the Bank of England intervened to buy £65 billion of UK bonds to stop the rout in the British pound against the strong dollar. Imagine the impact when emerging markets are forced to pay off their foreign debts in U.S. dollars.

I just returned from Seoul, South Korea, where I spoke at the World Knowledge Forum, Asia’s version of the famous World Economic Forum in Davos, Switzerland. One of the key speakers was Ray Dalio, CIO of Bridgewater Associates. He thinks we are “halfway through the interest rate hikes,” which if pursued, would devastate the economy and extend the bear market.

Inflation is like Holding a Tiger by the Tail

Austrian economists are quick to point out that inflation is non-neutral and is hard to control once it gets started. Predictions that inflation will end soon have been premature. The federal government is still spending money like no tomorrow.

When I met with Paul Krugman in South Korea, I reminded him of Friedrich Hayek’s thesis that controlling inflation is like holding on to a “tiger by the tail.” He seemed dumbfounded by the idea.

Your Indispensable Guide to Austrian Economics

Like most establishment economists, Krugman is largely ignorant of the value of the Austrian theory of the business cycle. Austrian economists Ludwig von Mises and Friedrich Hayek demonstrate that inflation is inherently volatile and cannot be easily contained once it gets started.

I’ve written an entire book on how to use Austrian economics to make better investment decisions. The book is called: 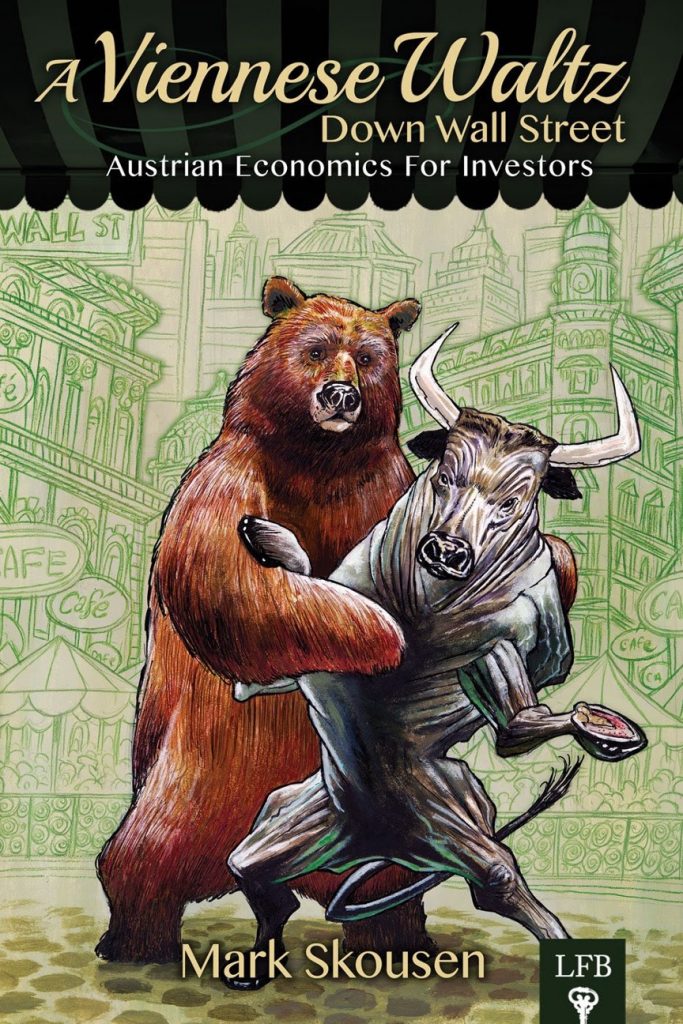 As I state in the book, “The Austrian theory of the business cycle is extremely useful in forecasting movements in stocks, bonds, and other financial assets. Many security analysts rely on this theory to anticipate the ups and downs of the economy.”

This book is a great way to introduce you to all the great Austrian economists, and their contributions, including Carl Menger, Ludwig von Mises, Friedrich Hayek, Joseph Schumpeter and Murray Rothbard, among others. I have short chapters on each one.

And check out this photograph of my wife and me dancing the Viennese Waltz! 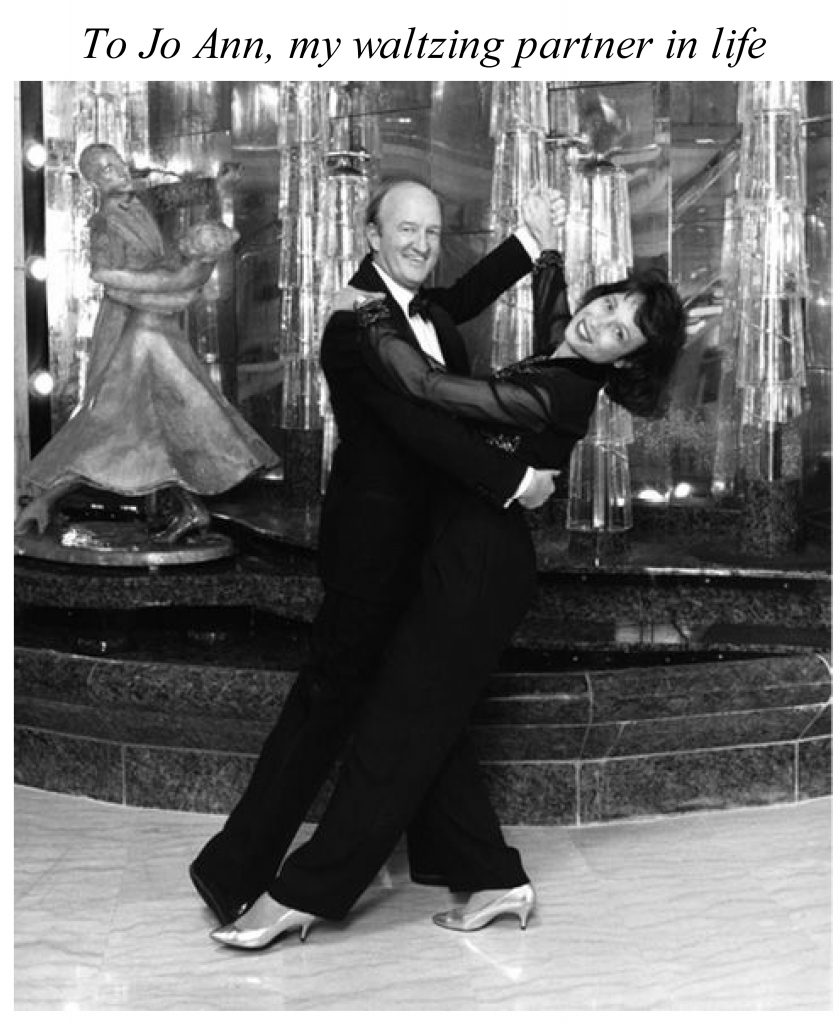 If you want a printed copy of my book, I have good news: I just received a new shipment of “A Viennese Waltz Down Wall Street.” You can obtain a copy for only $20, including postage if mailed within the United States, by going to www.skousenbooks.com.

Note: I’ve temporarily run out of copies of “EconoPower.”

But copies of “Viennese Waltz” and “The Maxims of Wall Street” are available.

During this growing financial crisis, we need to play it conservatively with a well-diversified portfolio and build a cash position to take advantage of bargains from to time.

Once the market is cleansed of overvalued investments, the bulls will start making money again. As William Vanderbilt once said, “This country is very elastic. Like a rubber ball hit, it will spring up again.” (Maxims of Wall Street, p. 109).

IMPORTANT ANNOUNCEMENT: We are having our first Eagle Virtual Trading Event today! If you haven’t signed up for this yet, there’s still time. Just click here now to sign up for free. Believe me, you won’t want to miss this LIVE online event — as we bring together all five of Eagle’s investment experts at the same time (plus one special guest speaker) to reveal our 6 Ways to Create 4th Quarter Fortunes. Reserve your seat now by clicking here.

By Jones, What a Disaster!

“I have long advocated the repeal of the Jones Act, an archaic and burdensome law that hinders free trade, stifles the economy and ultimately harms consumers.” — Senator John McCain (2017)

In Hawaii, most people know about an obscure law that causes the cost of living to be maybe 20% higher than it should be in paradise. It’s called the Jones Act.

Officially, it’s known as the Merchant Marine Act of 1920, whose chief sponsor was Senator Wesley Jones, a Republican from Washington State.

The Jones Act is a classic example of protectionism. It simply states that ships carrying cargo between two American ports must: 1) be built in the United States, 2) be 75% owned by U.S. citizens, 3) be 75% manned by a U.S. citizen crew and 4) fly the U.S. flag.

The bill became law because, after the First World War, legislators feared that in the case of war, the United States would be dependent on foreign vessels to protect the U.S. borders. The national defense argument prevailed. Even though war is fought differently today than it was 100 years ago, merchant unions and U.S. shipbuilders continue to defend the archaic Jones Act.

The results have been devastating to the American shipbuilding industry. Once one of the largest shipbuilding nations in the world, the fleet of U.S.-made vessels has dwindled from 2,300 in 1946 to less than 100 today, and many of those ships are old and among the most expensive in the world to maintain.

Moreover, the American shipbuilding industry has all but disappeared — apart from military ships — as 90% of the world’s deep draft shipbuilding has moved to China, South Korea and Japan.

The Jones Act has had severe unintended consequences, raising the cost of living by 20% in places like Hawaii, Guam, Alaska, and Puerto Rico. For example, it costs an average of $790 to ship a 40-foot container from Los Angeles to Shanghai (via a foreign-made cargo ship) but $8,700 to Hawaii (via a U.S.-made cargo ship).

Foreign shippers often won’t stop in Hawaii because the Hawaiian market is too small; they ship directly to Long Beach, California and then a U.S. cargo vessel ships goods back to Hawaii — at a much higher cost.

In fact, because of the Jones Act, many American ranchers buy grain from Canada or Argentina rather than from U.S. farmers. Similarly, it makes more sense for Hawaii ranchers to transport cattle to Canada, rather than waiting for a Jones Act ship to take them to California.

One study showed that U.S. interstate highways are 20% overcrowded by trucks because of the Jones Act.

If it was repealed, cargo could be more easily shipped along the East and West Coast rather than by 16-wheelers along I-95 or I-5.

Two think tanks have done extensive studies on the Jones Act — the Cato Institute, and the Grassroot Institute of Hawaii. According to the Grassroot Institute, the Jones Act costs Hawaii $1.2 billion annually, including 9,100 jobs. As a compromise, some suggest that U.S. shipping companies at least be allowed to buy foreign-made cargo ships. The Jones Act is suspended for several months during a hurricane or other natural disaster but so far it has not been permanently altered.

It’s a sad commentary on the Congress of the United States that a bad law like the Jones Act can still be enforced after 100  years of wreaking havoc in the land of the free.