Is the Almighty Dollar About to Crash?

The world is awash in debt amounting to $250 trillion. This figure also has risen rapidly during the latest unpleasantness. Since most of that debt is denominated in dollars that are held outside the United States, could there be a run on the dollar?

A major debate is brewing — will the almighty buck remain a “safe haven” as the world’s primary reserve currency, or will it collapse under the weight of a weak economy, easy money and a massive national debt?

As the economy has gradually opened up, the fear of another Great Depression is dissipating and the dollar is falling against major currencies.

It’s possible. The broad-based money supply (M3) is now growing at a 25% clip, the fastest rate in our lifetimes. Trillions of new dollars chasing fewer produced goods and services can mean only one thing: massive inflation and a weak currency.

Moreover, the Federal Reserve will be under enormous pressure to buy government securities in the open market now that the federal deficits are rising so rapidly. President Trump has proposed a would-be record $4.829 trillion federal budget for fiscal year 2021.

Other Currencies Are Sick Too

Still, it’s hard to predict the rise and fall of the dollar. As one Wall Street analyst put it, “The dollar may be the healthiest horse in the glue factory.”

After all, Europe, Australia and Asia aren’t in that good a shape either. The euro may be a dead man walking as the European Union is suffering just as much as the United States in terms of a weak currency, low interest rates and skyrocketing debt.

The European Central Bank removed the limit for its bond purchase program and allowed its central bank to purchase unlimited amounts of sovereign debt.

The Only Clear Winner:  Gold!

The fact is that almost every currency is sinking in terms of purchasing power. The best measure of the world’s currencies is the price of gold, and it has been gradually rising over the past five years.

Gold is on the rise. Chart courtesy of YCharts.com

It has done even better in terms of the British pound, the euro and the Japanese yen.

One fact is for sure:  If the dollar does fall sharply, gold will be its principal beneficiary. Thus, I will continue to be bullish on gold and gold stocks into the foreseeable future. I recommend both in my newsletter.

I also like silver and silver stocks as they may have even more potential if the economy recovers along with inflation. Be sure to pick up a 2020 American eagle silver dollar, our symbol of liberty and sound money, at this year’s FreedomFest (and have your picture taken with Steve Forbes after the closing ceremonies.)

Long-Term-Care Plan Has a Fire Sale!

My favorite estate planner, David T. Phillips, is based in Arizona. He just informed me that the premiums on their best long-term-care plans will increase by 10-12% for all applicants after July 15.

For example, a 60-year-old male who deposits $100,000 as a single sum will currently have an immediate and perpetual guaranteed tax-free long-term-care pool of cash totaling $481,529. On and after July 16, obtaining the same benefit will require depositing $115,000.

So, if you are interested in obtaining a long-term insurance care plan in your old age, you may want to act now. Dave Phillips’s best plan offers a cash indemnity benefit as well as a reimbursement plan in case you become disabled or bedridden.

Dave has created a new website for his firm’s long-term care plan called ropltc.com. For more information, call Dave or his son Todd at Phillips Financial Services. The number is 1-888-892-1102.

Dave and Todd Phillips will be speaking at this year’s FreedomFest. Come see them speak or visit them in the exhibit hall.

Why We’re Having an Emergency Meeting at FreedomFest

Permanent damage is being done to the U.S.’s economy, trade and culture. This is a major reason why we are having an “emergency meeting” at FreedomFest on July 13. 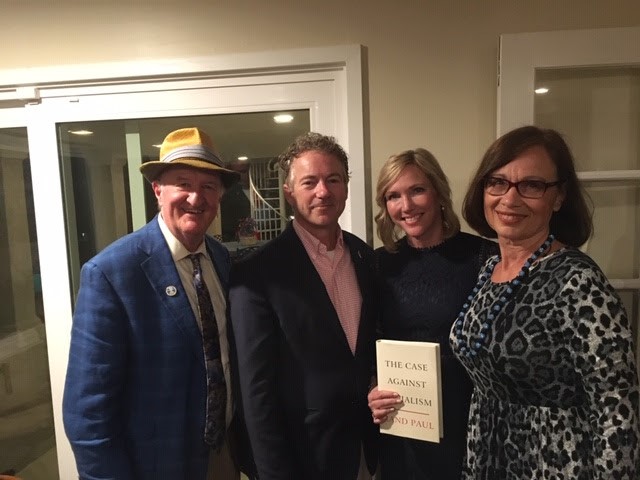 Good news! We just confirmed both Senator Rand Paul and his wife Kelley, the authors of the new book “The Case Against Socialism,” as well as Senator Mike Lee, who has a 100% libertarian voting record according to FreedomWorks… plus independent Congressman Justin Amash, who has introduced legislation to eliminate “qualified immunity.” This will restore our ability to obtain relief when members of the police violate our constitutional rights.

We have a great lineup of speakers, and people are signing up! We have over 1,000 people registered with a month to go, despite the fear and ignorance about the pandemic.

This Just In: He has been described as “the most libertarian member of the Trump family”…a potential presidential candidate in 2024….a highly successful businessman….and our keynote speaker at our Opening Ceremonies at FreedomFest on Monday, July 13… 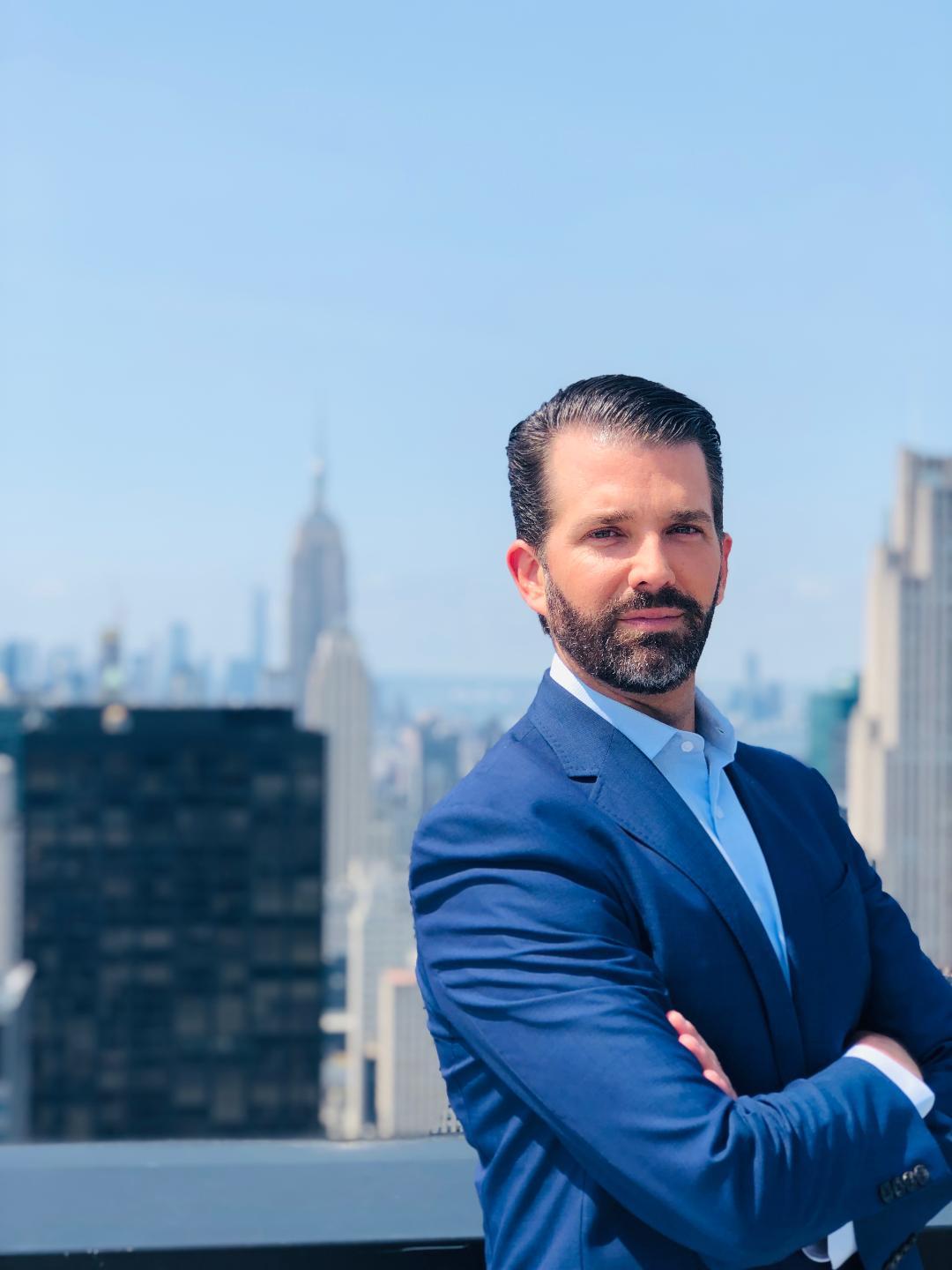 We are filling up fast for the 40th anniversary celebration of my newsletter, and attendance for this special event and reception is limited to 200 subscribers. Everyone who attends will receive (a) a 2020 American eagle silver dollar, (b) an autographed, numbered copy of “The Maxims of Wall Street” and (c) the name of my favorite penny stock (it’s moving up!). Plus, a special reception will be held, and attendees will have photo opportunities with celebrities such as Steve Forbes, Alex Green, Jim Woods, Hilary Kramer and others.

To sign up for FreedomFest and receive all three benefits, please click here. Or call 1-855-850-3733, ext. 202, and be sure to mention you are a Investor Cafe subscriber. (Use code FF20EAGLE.) If you have already signed up, email me at mskousen@chapman.edu, and I will send you the name and symbol of the stock, as well as all the details.

Note: We will be posting the full tentative schedule for FreedomFest this week at www.freedomfest.com — You will be impressed with the incredible variety of speakers, topics and debates.

Authoritarians at the Gate

“Government is not reason, it is not eloquence… Like fire, it’s a dangerous servant and a fearful master.” — George Washington (attributed)

I’ve been having a discussion with Steve Moore, the leader of the Committee to Unleash the Economy, about what to call the enemies of liberty in today’s world. He prefers the term, “the left,” which is used daily on Fox News and other forms of conservative media.

He believes that it’s too strong to call them all “statists” or “socialists.” How about “social democrats,” I suggested.

I object to the term “the left,” because it gives those of us who are left-handed and who play left field in softball a bad rap!

Seriously, the problem with the term “the left,” is that it is used as a way to demonize people you don’t agree with. It adds to the divisiveness in today’s world.

In return, they call Steve Moore and those who favor limited government “the right,” “the far right” or the “radical right” and make the unfair comparison of aligning them with neo-Nazis and white supremacists.

Libertarians don’t fit into either “the left” or “the right,” since they are socially liberal and economically conservative.

I told Steve that he should either avoid labels entirely, or minimize them, and just focus on the issues at hand. It’s all about what is right, not who is right.

That’s what we try to do at FreedomFest — focus on the issues, not label people. Is this a good idea or a bad idea?

Ronald Reagan said it best, “There is no left or right, only up or down.”

Alex Green, chief investment strategist for the Oxford Club, thinks that “authoritarian” is the best way to describe politicians of either political party who wield the heavy hand of government through executive orders and other mandates.

He says those of us who believe in laissez faire — leave us alone (the title of Grover Norquist’s book) — should be called “libertarians.”

The battle of ideas is therefore between the “authoritarians” and the “libertarians.”