My Run-In With Paul Krugman, Again!

“The Inflation Reduction Act was our last chance to escape catastrophe.” — Paul Krugman at the World Knowledge Forum, in Seoul, Korea

Paul Krugman got top billing, along with Ray Dalio and John Bolton, at the annual World Knowledge Forum, the Korean version of the World Economic Summit in Davos, Switzerland. He spoke twice to packed audiences. 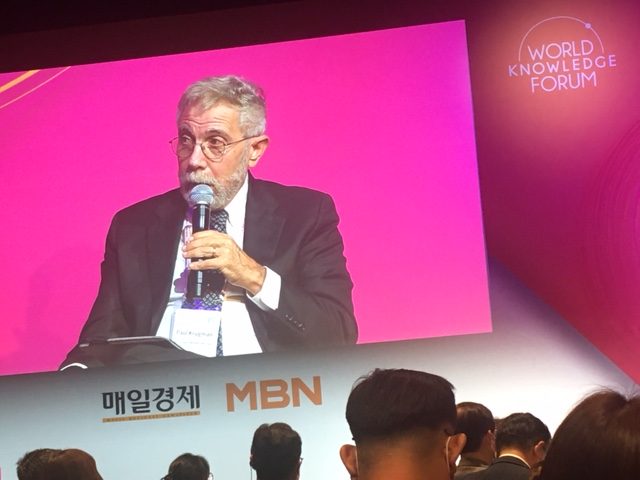 Last week, I mentioned that Krugman’s New York Times column, “Misery Takes a Holiday,” was wrong as soon as the ink dried. He was convinced that price inflation, as measured by the Consumer Price Index, has gotten “drastically better over the past three months.”

Then the CPI came out at 8.3% in August, and the market tanked. Misery’s holiday was cut short! Not surprisingly, a week later, the Fed raised interest rates again.

I met up with Krugman in Seoul and asked him if he had received much flack about the column. “Very little, actually,” he told me. I reviewed the 333 comments in the Times, and most of them were negative and cynical, with statements like “ill timed,” “aged like milk” and “Krugman’s next piece: I was wrong: About Everything. Over and over again.”

Nobody likes to admit they’re wrong, but Krugman has written quite a few mea culpas lately.

Krugman on Climate Change and Inflation

The Nobel-Prize-winning economist was also asked about global warming. All the top speakers, including former politicians David Cameron (of the United Kingdom) and François Hollande (France), were alarmists.

Krugman was no exception. He was asked about Biden’s latest victory in Congress, “The Inflation Reduction Act.” Krugman rightly noted that the bill had nothing to do with inflation but was “our last chance to escape catastrophe.”

Like Davos, the speakers at the World Knowledge Forum were convinced that “climate change” was the number one worry — ahead of out-of-control government spending, rising inflation, nuclear war, inequality and even the never-ending COVID-19 pandemic. They fell over themselves predicting their countries would be “net neutral” of carbon emissions in 20 years.

The loss of freedom was given short shrift.

What surprised me the most coming to Korea was that EVERYONE wore masks both indoors and outdoors. Ditto for China and Japan. They continue to live in fear. I had to take a COVID-19 test at the airport, where people stood in line for two hours.

What a contrast to the rest of the world.  Europeans have largely abandoned the practice, and even in the United States, President Biden announced last week that the pandemic was “over.”  He added, “If you notice, no-one’s wearing masks. Everybody seems to be in pretty good shape… I think it’s changing.”

I asked my host when South Koreans would stop wearing masks. “Maybe in six months,” was the reply.

One thing Paul Krugman and I agreed on was the Korean economic miracle.  In one generation, South Korea went from a Third World country to a First World country and from a military dictatorship to a model of democracy. Along with Taiwan, Singapore and Hong Kong, it is one of the “Four Tigers.”

Through hard work, thrift, education, entrepreneurship and American military support, South Korea overcame all obstacles, including the constant threat of nuclear annihilation. It is ranked #1 in the world in many categories: longest working hours, most educated and largest shipbuilder, among other categories.

Of course, they are also number one in plastic surgery, lowest birth rate, an aging population and teenage suicides!

So not all is well in this land of impossibles.

I was part of a session with Ed Feulner, founder of the Heritage Foundation, and Yaron Brook, chairman of the Ayn Rand Institute.  Jeffrey Kim, a Korean economist, moderated our panel on “Challenges of the Market Economy and Liberal Democracy.” 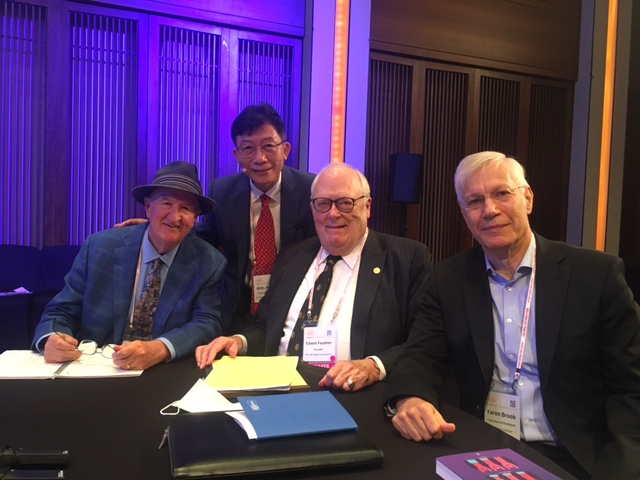 Ed Feulner has taken a special interest in South Korea, having visited the country 140 times! He noted that South Korea now has a higher ranking (#19) in the Heritage Foundation’s Economic Freedom Index than the United States (#21). What a surprise.

To counter the threats of a rogue North Korea and the Chinese Communists, John Bolton, the former national security advisor to President Trump, told the audience that South Korea needed to form an alliance like NATO with Japan, Taiwan, Singapore and other Asian democracies. There’s also talk that South Korea will adopt nuclear weapons.

Economically, the South Koreans need to cut taxes (the income rate is now 45%), open their borders to more immigrants, have more children and develop a better balance between work and play.

It’s possible if they adopt the policies recommended in my book, “EconoPower: How a New Generation of Economists is Transforming the World.” 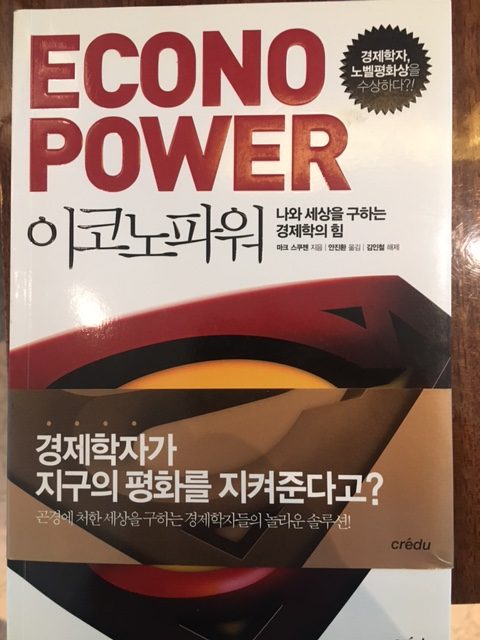 A Korean publisher paid an unbelievable $100,000 to translate my book into Korean:

The original edition in English was published in 2008 by Wiley & Sons. You can order the book as a hardback, paperback or audiobook on Amazon for as little as $6 plus shipping and handling, or a $20 autographed version at www.skousenbooks.com.

IMPORTANT ANNOUNCEMENT: We are having our first Eagle Virtual Trading Event on Thursday, September 29.  If you haven’t signed up for this yet, there’s still time. Just click here now to sign up for free. Believe me, you won’t want to miss this LIVE online event — as we bring together all five of Eagle’s investment experts at the same time (plus one special guest speaker) to reveal our 6 Ways to Create 4th Quarter Fortunes.  Reserve your seat now by clicking here.

Look to the Heavens and Live!

“The heavens declare the glory of God, and the sky above proclaims his handiwork.” — Psalms 19:1

We often get caught up in the daily routine of work that we fail to see the beauty of our surroundings and our place in the universe.

Whenever I come to Hawaii, I can’t help but look into the Heavens. The stars and the planets are so brilliant, and there’s nothing like it.

One morning, I got up at 5 a.m., when it was still dark, and walked about the BYU-Hawaii campus in Laie, and saw a half moon in the sky sandwiched between Orion and the Pleiades.

There is also a bright star in the sky, which may be Sirius, or perhaps Venus. And I’m still searching for Cassiopedia!

Have you been following the incredible photographs taken from the new James Webb Telescope? If not, you can find them here (webbtelescope.org) 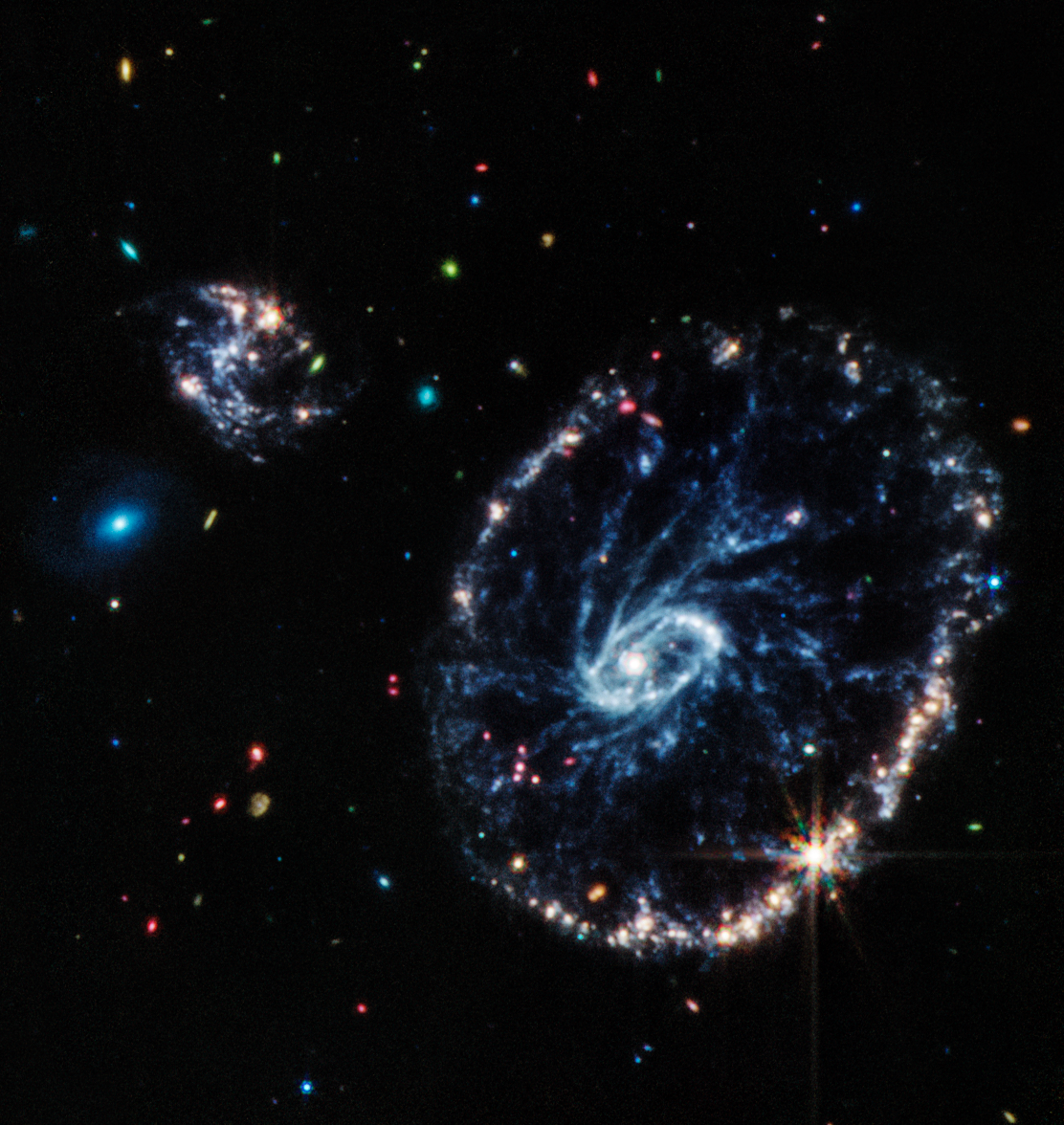 I thank my brother Royal, a brilliant professor of linguistics, for instilling in me an interest in astronomy and star gazing as a young man.

Click Here To Play >
X
Are YOU Ready for the Biden Disaster Plan?
"...It's worse than you think."
—Dr. Mark Skousen
CLICK HERE TO WATCH >